Mr. Gagné’s dedication to the injured person did not bloom overnight. Tom was not born with a silver spoon in his mouth or with a host of powerful connections who could pave his way through the rough-and-tumble road of life. Having put himself through school by a combination of scholarships and part-time jobs requiring muscle and sweat — not just pencil-pushing — he graduated from the Honors Program at Cornell University in 1982. 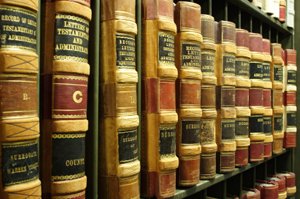 After Cornell, Tom accepted an invitation to study law at the State University of New York Law School where he earned honors grades and where he was handpicked by professors to write it edit ethics literature produced by the state of New York’s governor’s office. He also worked part-time aiding indigent defendants as a student trainee, a paralegal for a personal injury firm, as well as a short-order cook off-campus to help make ends meet.

His experience of how the majority of Americans make their living has given him insight into their problems, their wishes, their dreams, and their hopes for the future. He fights for these things with a passion bred from his own hard knocks and upbringing.

In 1991, Tom joined the Army Judge Advocate General’s Corps where he received his initial military legal training near the University of Virginia at the United States Army Judge Advocate General’s School. He felt that the Army was the best place to gain as much trial experience as possible while also serving his country in the First Gulf War. He was awarded the National Defense Service Medal in 1993.

Owing to his performance and deportment, Tom was appointed as a Special Assistant United States Attorney for the District of South Carolina where he prosecuted civilians who committed crimes on the Army post at Fort Jackson, South Carolina. After his stint as a SAUSA, Tom worked as a JAG prosecutor trying felonies and administrative violations.

He learned how to listen carefully to clients’ problems while he was Chief of Legal Assistance and how to prepare and defend claims against the Army as well.

Although Tom has handled over 1000 criminal and administrative matters during his time in the Army, he never gave a case anything but his full attention. The number of cases that he was obliged to handle only sharpened his trial skills which became invaluable later in his career.

After the Army, Tom continued to try cases as an Assistant Solicitor in York and Richland counties trying mostly drug and traffic cases. He was also responsible for setting up a drug court in York Country which significantly lessened the overall workload in the office.

Tom opened his own firm in 1997 specifically dedicated to returning injured persons to their feet, financially and medically. He soon realized his abundant fund of trial experience helped him immensely in resolving cases. He learned how to manage a law firm even more efficiently by attending Harvard Business School, thus becoming an alumnus of that institution and a member of the Harvard Faculty Club.